Richard Gilewitz is an entertaining finger-style player who tours internationally.  He has a 6 string called “Deep Blue” that I made for him in 2018.  “Ruby” is a companion 12 string.  Richard prefers guitars with red cedar soundboards.  Red cedar is a wonderful tonewood, with a sweeter, more rounded tone than Sitka spruce. 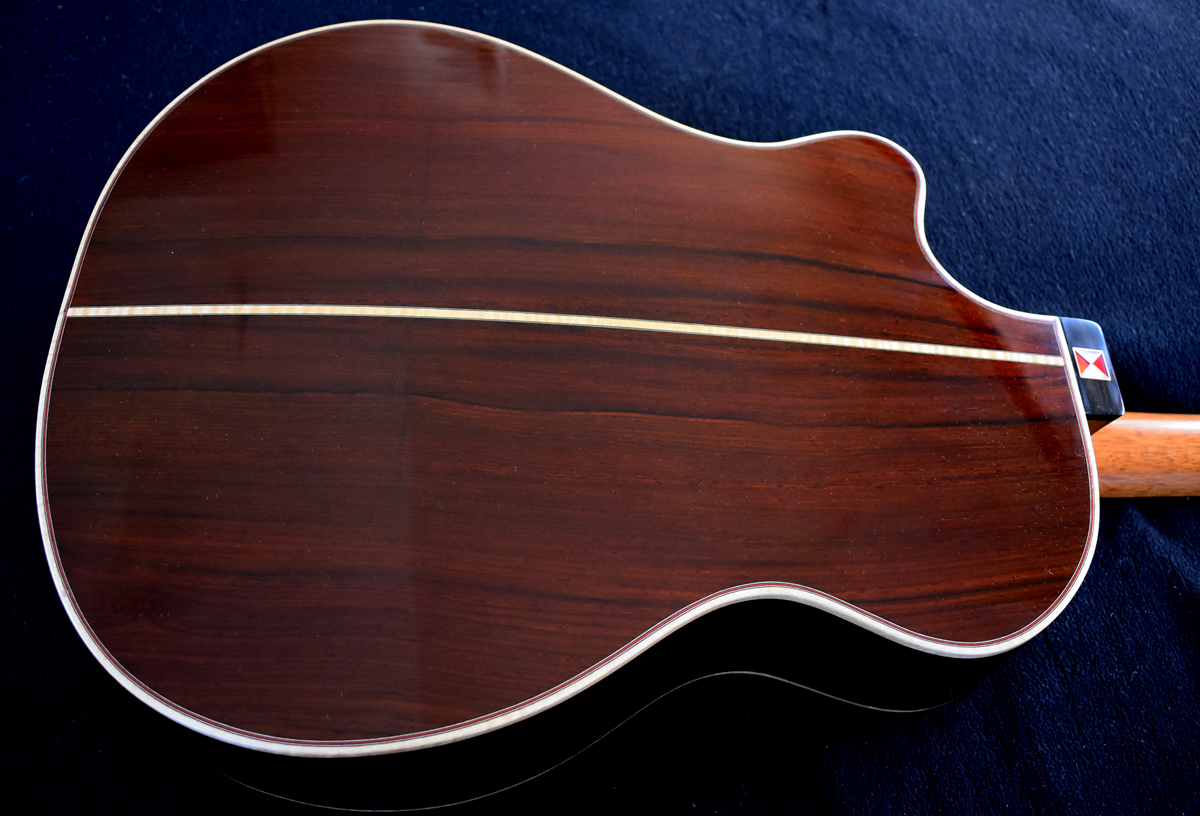 Ruby’s back and sides are cocobolo, a dense wood in the rosewood family.  Cocobolo adds clarity to the sweetness of the cedar’s tone.  It’s also one of the most beautiful woods I have. 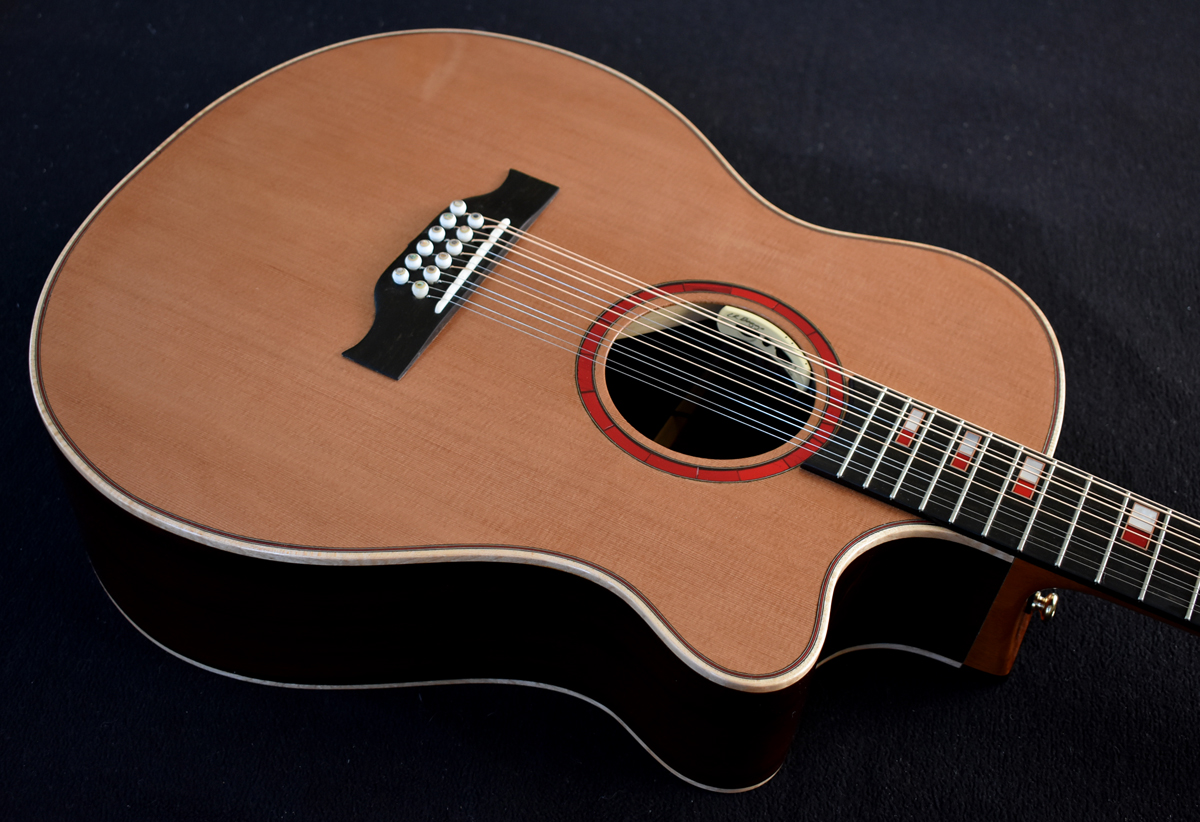 Richard wanted red for the color scheme of this guitar.  I used red mirror glass for the soundhole ring and the fingerboard inlays.  The fingerboard position markers also have mother of pearl, and the rectangles are bordered with copper.  The control unit in the soundhole is part of an LR Baggs Anthem pickup system.  LR Baggs is one of Richard’s sponsors. 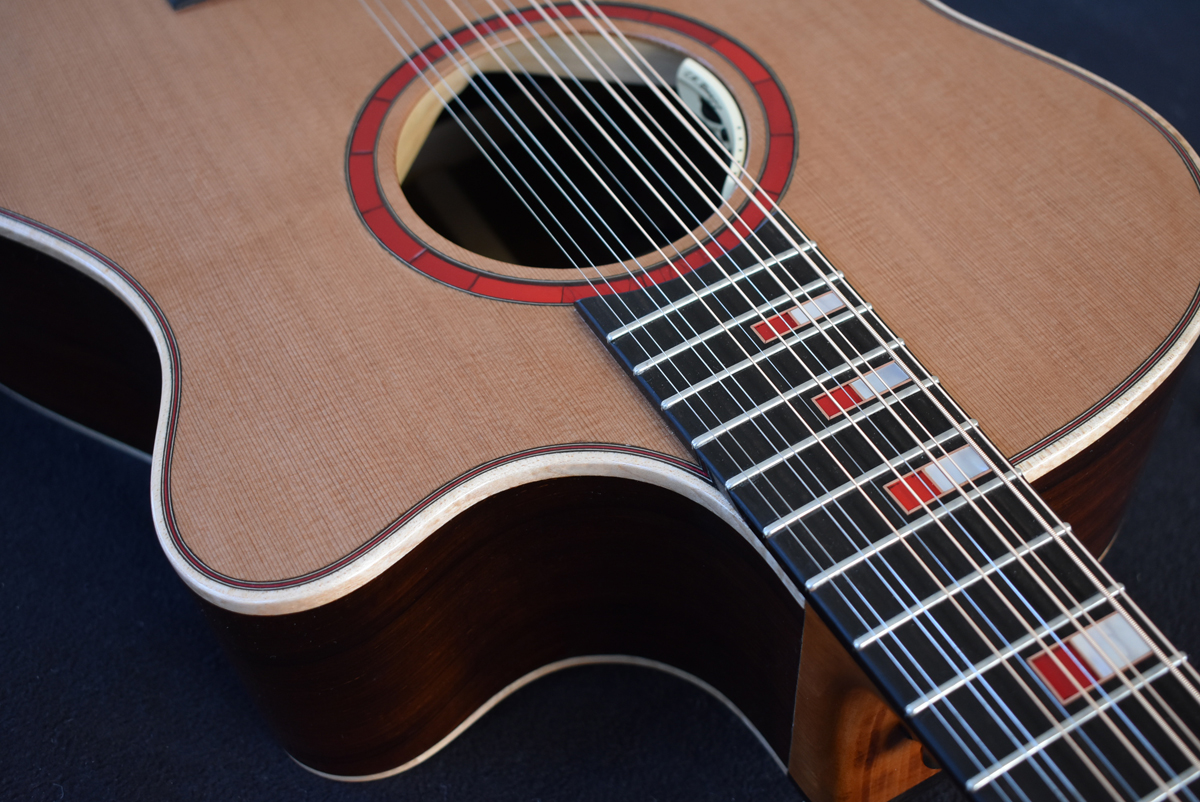