Tony Tengs grew up in Haines, Alaska immersed in Tlingit culture.  His family was adopted into one of the clans from Klukwan when he was a child.  When Tony approached me about making a guitar for him he said he wanted to draw a formline design for me to inlay on the fingerboard.  I was expecting something simple.  It turned out to be the most challenging inlay I have ever done.

Tlingit formline design is a way of telling a story through art.  This design tells the story of Tony’s mom, Helen.  The central figure is a Raven, the moiety assigned to her when she was adopted.  The floral design coming from the Raven’s mouth is rosemaling, a tribute to Helen’s Norwegian heritage.  The face to the right is a sun motif.  Helen’s favorite song is “You Are My Sunshine”, and Tony sings it with her every day at the Pioneers’ Home in Juneau.  To the far left and right are motifs from a Chilkat blanket that Tony owns.  The inlay is made of mother-of-pearl, abalone, copper, and stained glass. 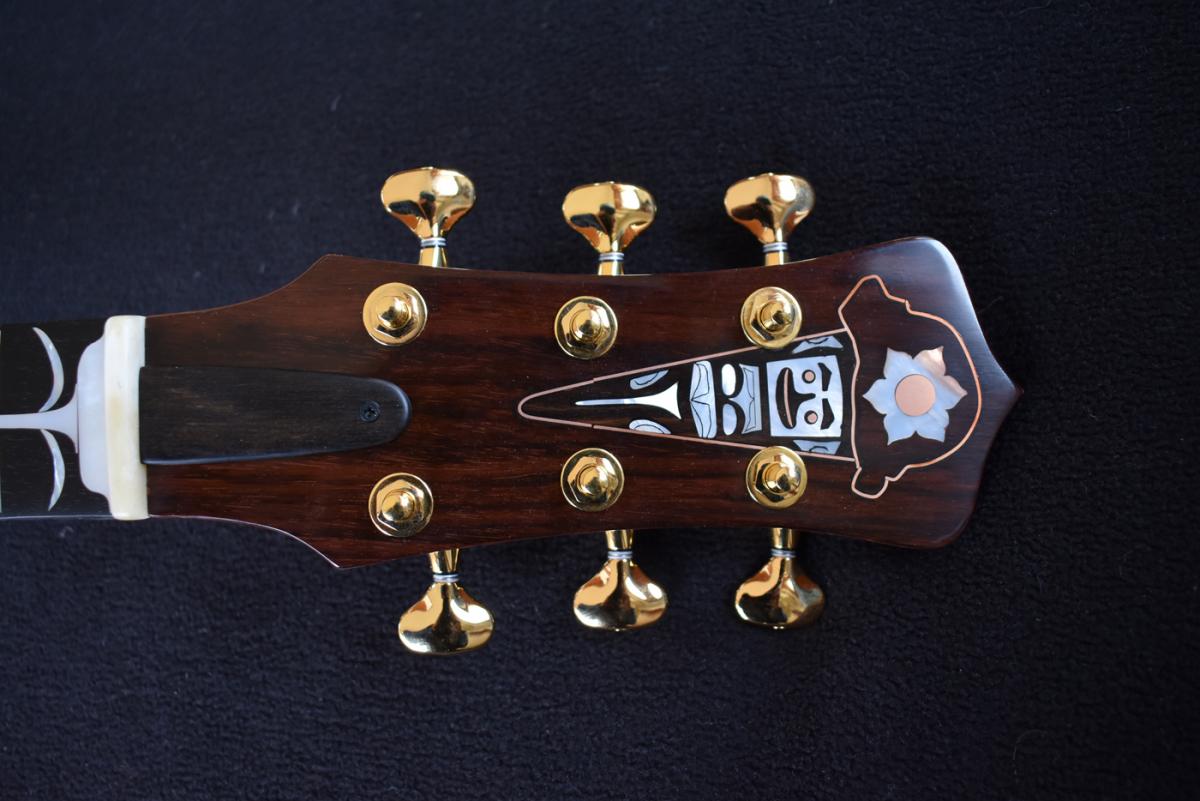 The headstock inlay is all Tony.  For many years Tony had a shop on the wharf in Juneau selling Chilkat Cones, ice cream in a waffle cone imprinted with a Chilkat Blanket design.  I had to incorporate my logo on there somewhere, so I mixed it into the scoop of ice cream.  The inlay is mother-of-pearl and copper. 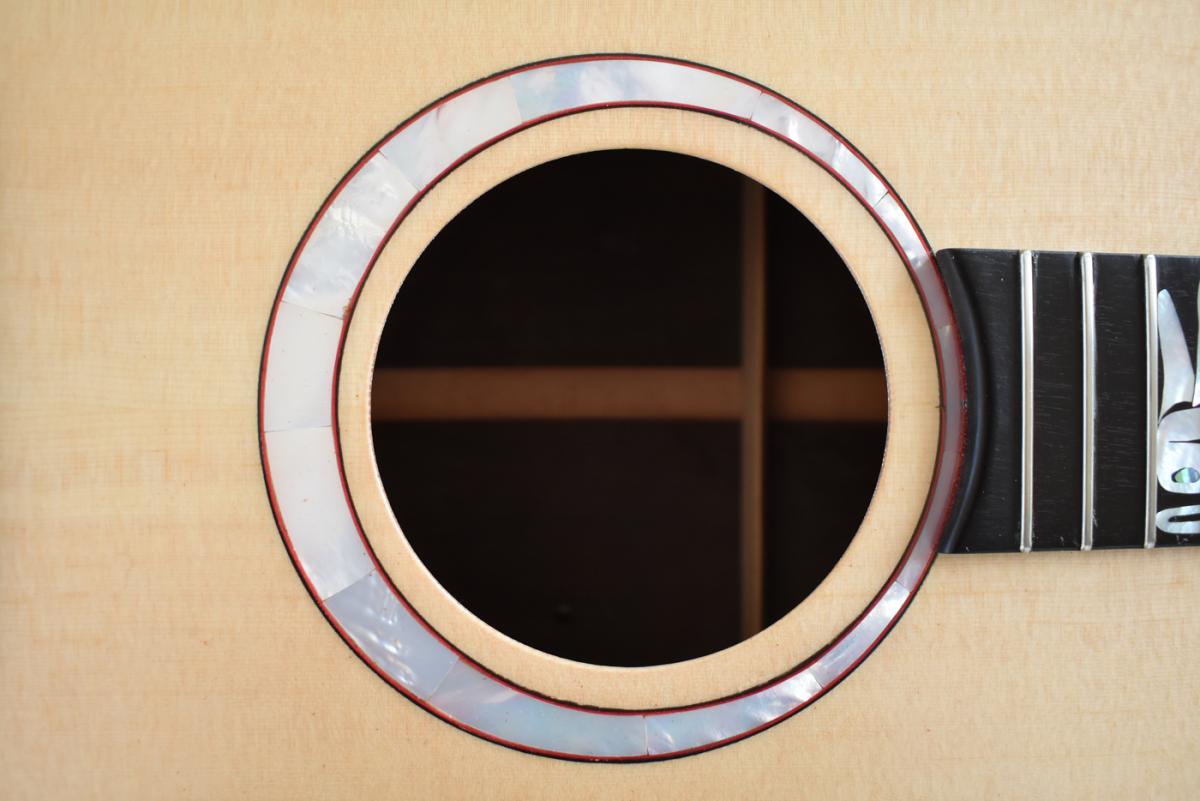 The circle is often used in Tlingit art.  This one is mother-of-pearl edged with red and black, which are traditional colors.  There are three circles in this design, and they are offset to create a dynamic effect.  The thickness of the pearl on one side of the sound hole is balanced by the thickness of the spruce on the other. 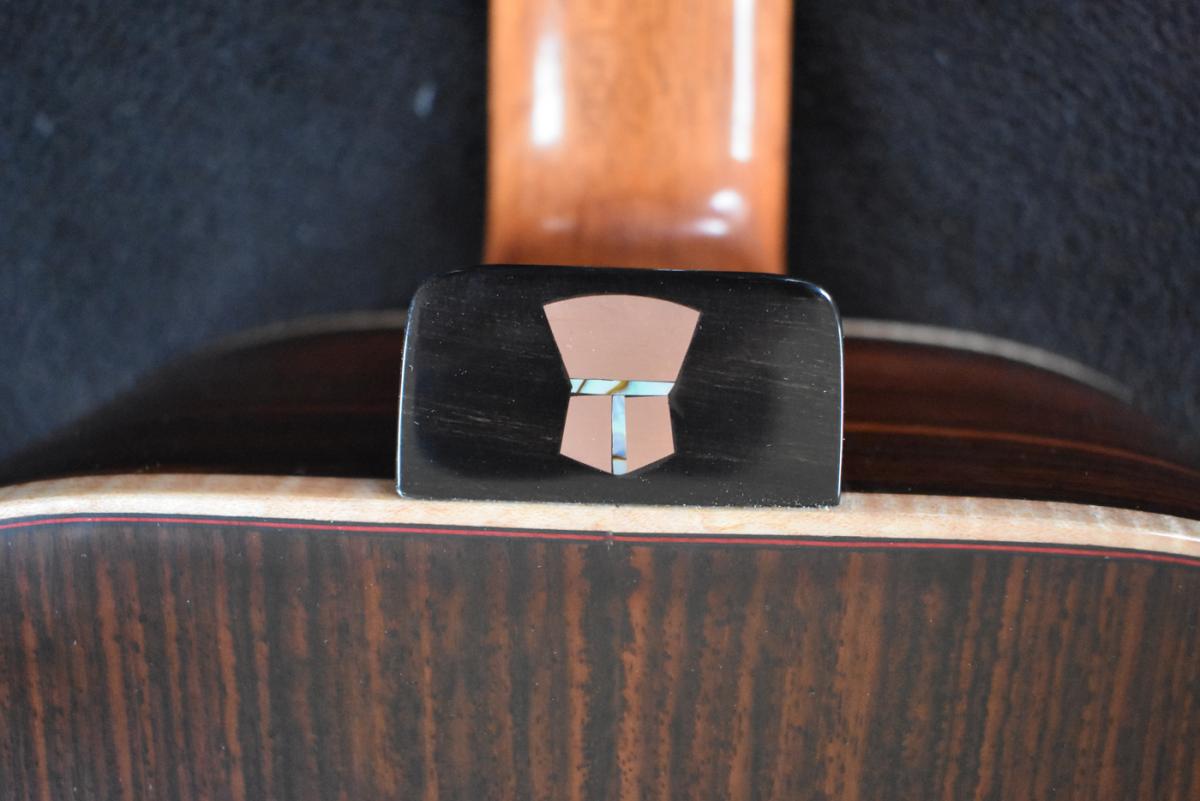 I surprised Tony with this Tina’a inlaid into the heel cap.  Copper was a valuable item in traditional Tlingit culture, and the Tina’a was used as form of currency.  Some are small enough to be worn as a pendant, and some are as large as shields.  The abalone T is for Tony. 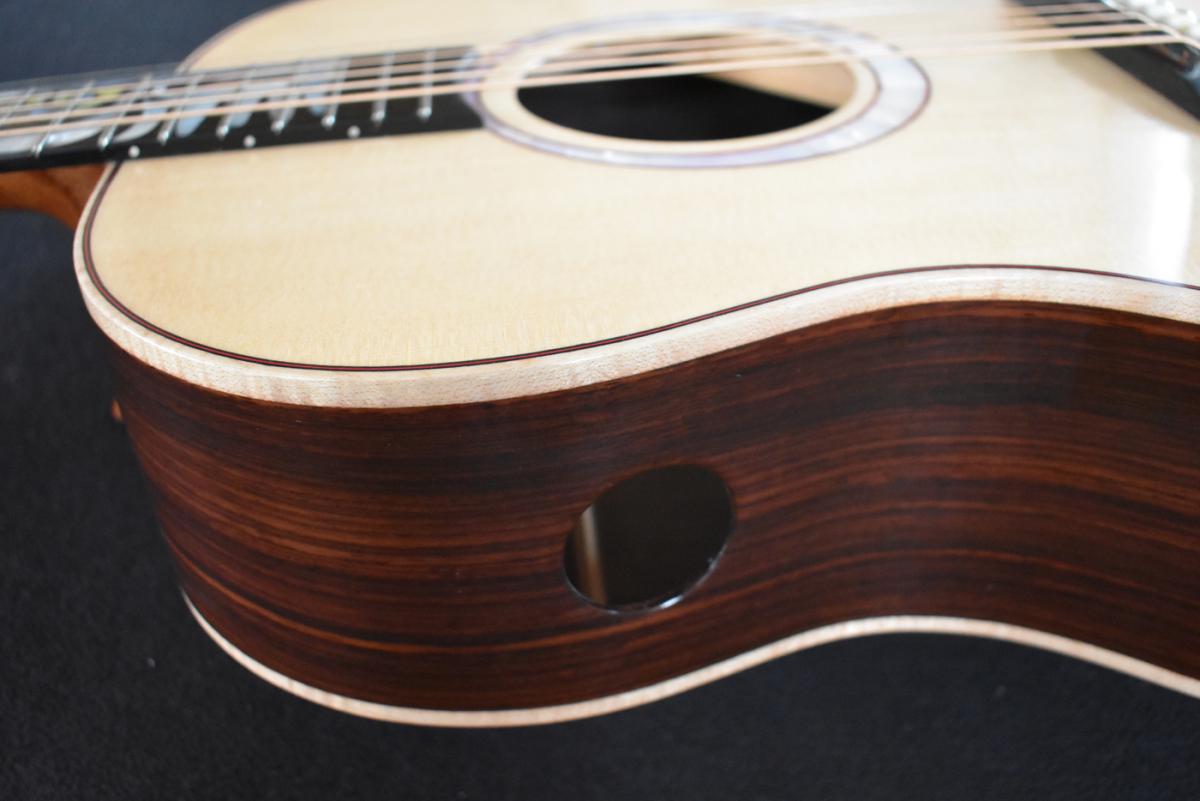 Tony is the frontman and the creative force behind the legendary festival band “The Preserves”.   Now he has a guitar that is as flashy as his outfit.