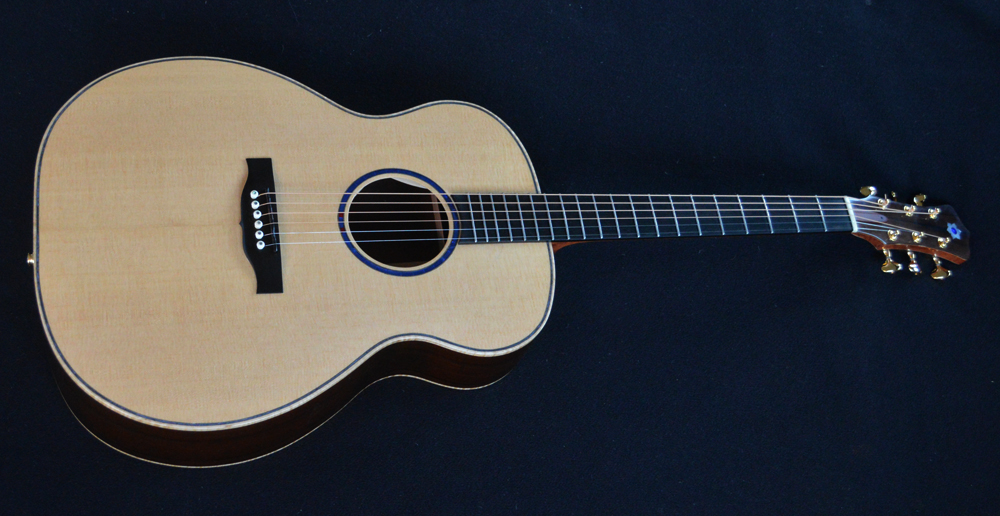 Beppe Gambetta is one of the world’s most accomplished flatpickers.  He and I met in 2016 at the Acoustic Alaska Guitar Camp, where we were both on the faculty.  Beppe was teaching.  I was mostly fixing guitars.  I did some fretwork on his guitar, which was made in the “custom shop” of a popular guitar factory.  I didn’t think much of the guitar and I told Beppe that it wasn’t worthy of his talent.  I knew I could make a guitar that would have a better voice and be more suited to his flatpicking style.  The top is a very stiff and brilliant set of Sitka spruce that I have had since the 1970’s.  When I picked it out of the stack and tapped it I knew I had the Luciano Pavarotti of guitar tops.  A piece of spruce will reveal its character to you when you tap it in the right place and listen carefully to its voice.  I knew right away that this was the right top for Beppe’s guitar.  The back and sides are Cocobolo, a very hard and reflective rosewood from Central America.  The neck is Bubinga with an ebony fingerboard.  The body is 16 5/8″ across the lower bout. 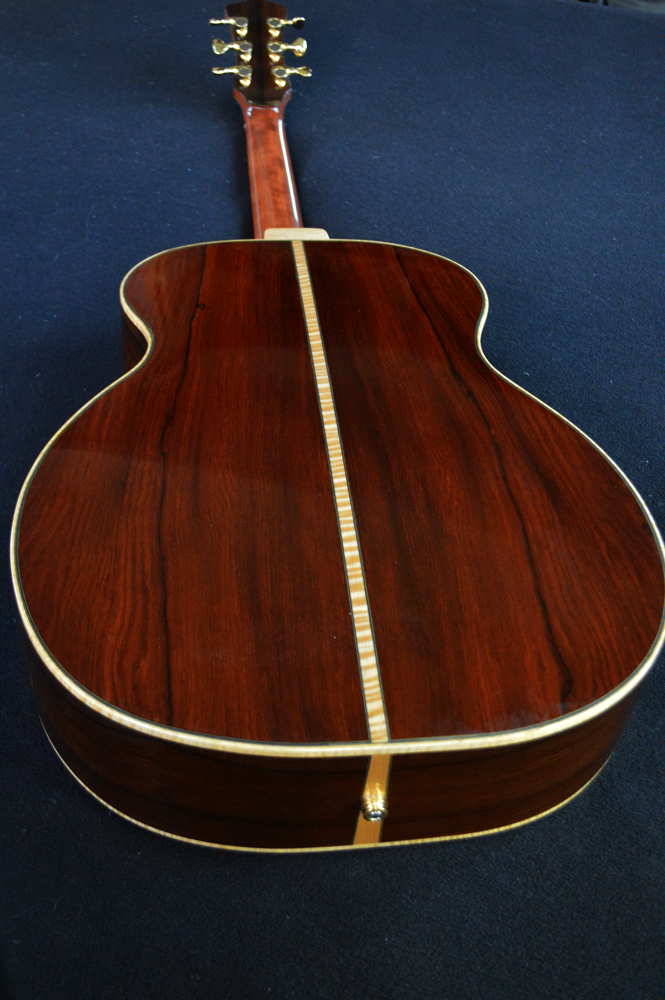 Cocobolo is one of the most beautiful and acoustically superior woods for backs and sides.  I have had this set since the 1970’s.  The binding and back strip are curly maple. 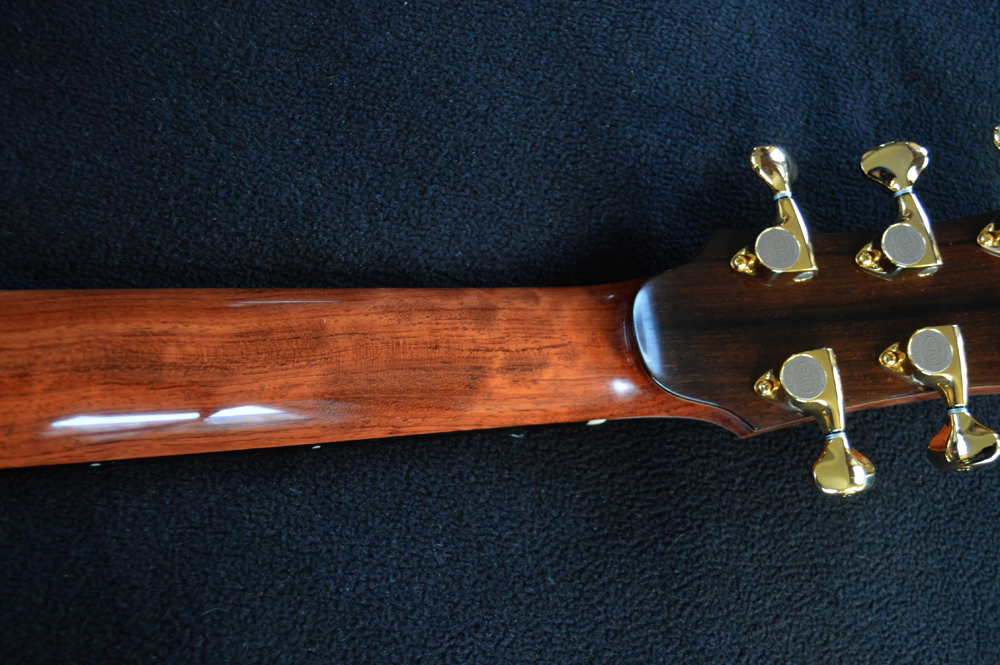 The neck is made from Bubinga.  Using a dense wood for the neck increases the volume of the guitar.  It reflects more of the string’s energy back down to the bridge and into the top, where it can create sound. 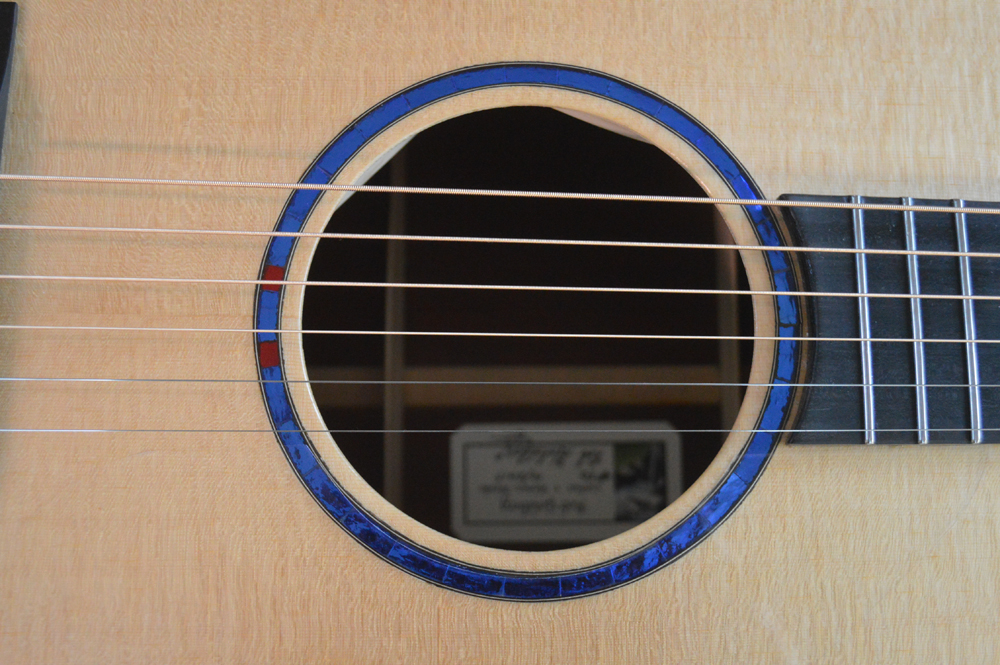 The rosette is made of blue mirrored glass.  It is in honor of Beppe’s home town of Genova, Italy, which was renowned for its blue dye.  The two small pieces of red glass are for Beppe’s red shoes.  The wearing of red shoes has been an aristocratic tradition since the time of the ancient Etruscans, and is carried on by Beppe and the Pope to this day.  Beppe did not want the guitar to have ornamentation, so the red glass is my way of personalizing the guitar. 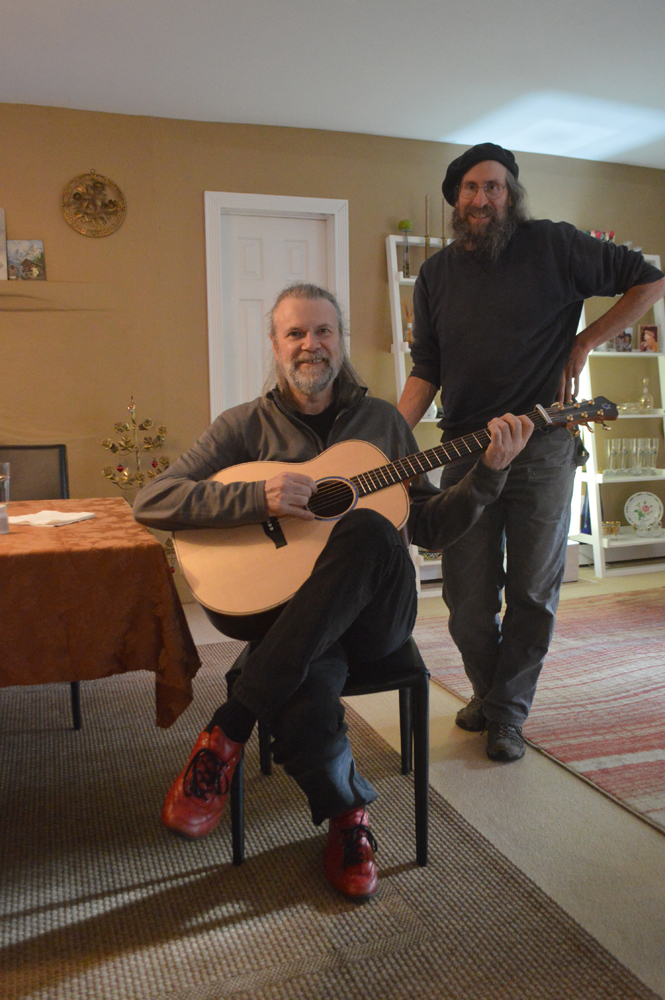