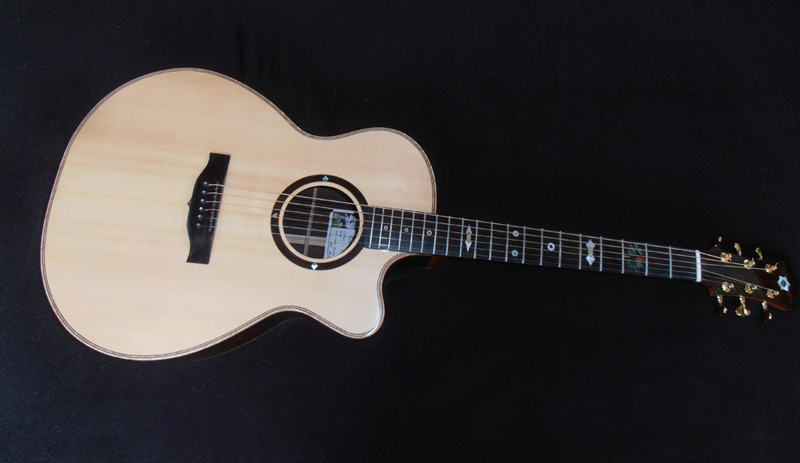 Back and sides – Indian Rosewood. 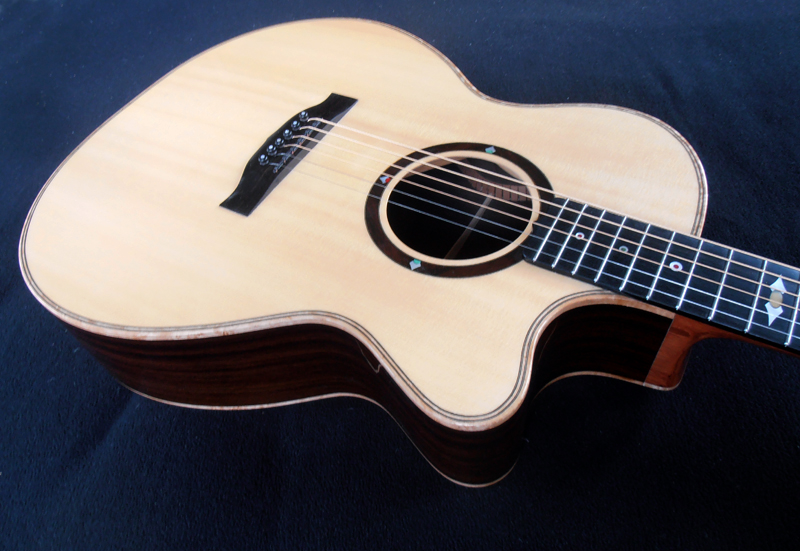 Mark Heard is an accomplished finger style player from Juneau, Alaska.  He had a chance to play my “Salmon Spawning” guitar and noticed that when he played up the neck past the 12th fret the guitar was still responsive.  The high notes rang clear and bell-like.  He said, “My Taylor just dies past the 12th fret.”  I took out my inspection mirror and headlamp and showed him why.  With the inside of his instrument illuminated I had him look at the braces under the soundboard.  Although they taper in height toward the edges, they are largely square.  For some reason, Taylor does not think it is necessary to shape their braces to bring out the best sound of the instrument.  The braces of my guitars are carefully sculpted, “voiced” to bring out the singing potential of the spruce.    We then put calipers on the soundboards of the two guitars.  The Taylor measured .125″, pretty standard for a factory instrument.  My instruments typically start around .105″ and are then thinned methodically and “voiced” to bring out the optimal sound.  The energy coming off a plucked string is very small, especially when the string length is shortened by playing high up the fingerboard.  If the top and its bracing are too massive, the string’s energy is not enough to make it vibrate effectively. 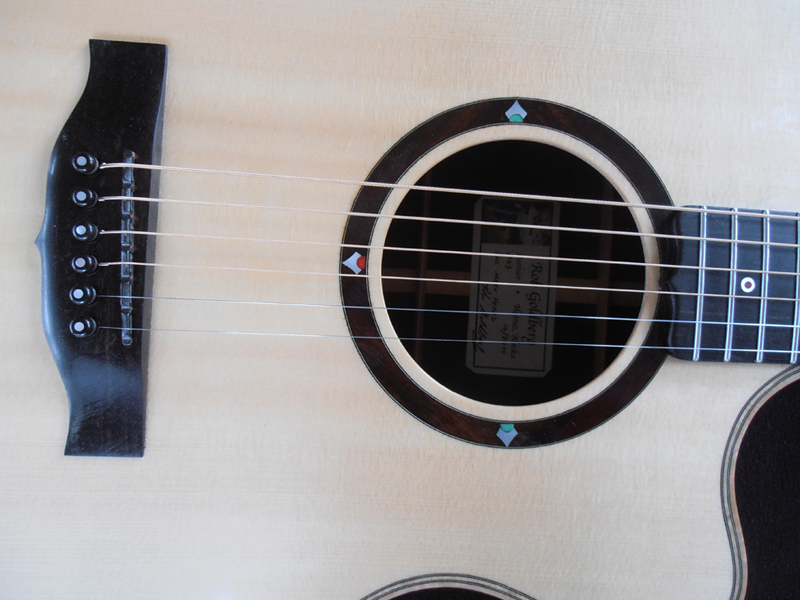 Mark had a clear idea of what he wanted for his guitar’s inlay.  Devil’s Club is a common plant in our part of Alaska.  It is a spiny member of the ginseng family, and is best avoided while hiking.  It is, however, a medicinal plant that has been used extensively by Native people, and it is quite beautiful, with large, spreading leaves and a stalk of bright red berries – the “Devil’s Club”.  The inlay on the third fret is made of stained glass.  The geometric designs at the other position markers and around the soundhole rosette are glass and mother of pearl. 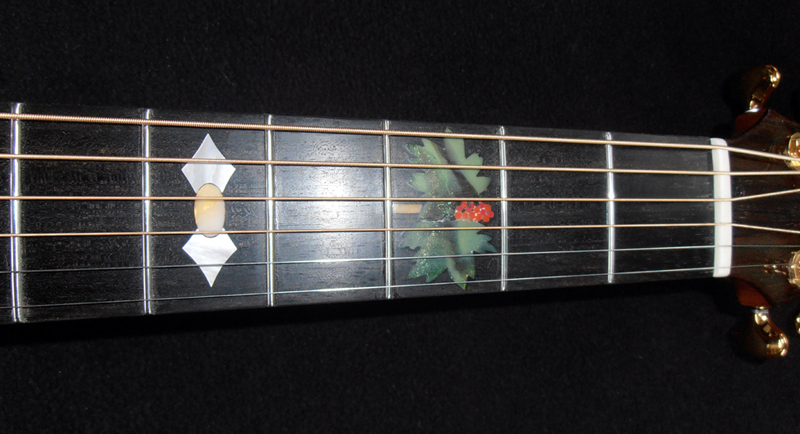 Mark is very happy with the sound of his new guitar.  He said, “I’ve never heard a guitar sound like this!”  He realized, too, that he could play challenging pieces of music on the new guitar that he couldn’t play on any of his others.  I enjoyed listening to him play for a couple of hours when I delivered his instrument.  If you’re in the Juneau area try to catch one of his performances.  You won’t be disappointed.